Fair warning: what I’m about to share with you might make you believe in fairytales again, and not just fairytales for fairytales sake, but for your own life. That’s right, I really believe that you might just pinch yourself if you really knew all that God had in store for you.  I’m getting ahead of myself though, so first, let me tell you about this château in the south of France.

As you know, my family and I spent a few weeks in France recently, and while we were there, we attended a wedding that was, well like out of a storybook. The bride, my friend’s daughter, looked like a princess. The wedding was celebrated at a château. The love shared between the newlyweds and among the guests was practically tangible. It was like walking through a dream, and my lucky little three-year-old Ellie got to be a part of the whole event, first as a flower girl (or, as they say in French, enfant d’honneur, child of honor), and then as a guest. That night made Ellie’s imagination come alive and we spent the rest of our time in France chasing castles and pretend princesses Ellie was convinced were just around the corner.

On one of our last days in France we wanted to explore the countryside in our rental car and have a picnic at a local château. It was the perfect day for an adventure; little did I know how much the day would teach me.  Lucky for us, the Dordogne region of France is renown for having 1,001 castles, and so we felt optimistic about finding a good place, especially since we were staying with friends who could direct us where to go. Typical to the rhythm of our travel, my kiddos woke up early that morning and we played in the house with the little French girls and their friends who lived there until Brandon woke up and was ready to tackle the adventurous day.  Googling some options on my laptop while I cradled my little cup of espresso, I asked the local girls which nearby château they thought we should visit. In a toss up between Antonne and Brantome, both within a thirty minute drive of where we were staying, I felt pulled to Antonne, even though little Fréderique, the eight-year-old who was playing with my daughter, recommended Brantome instead.  Against her recommendation, there was just something special about Antonne, and I trusted it; little did I know what awaited us. 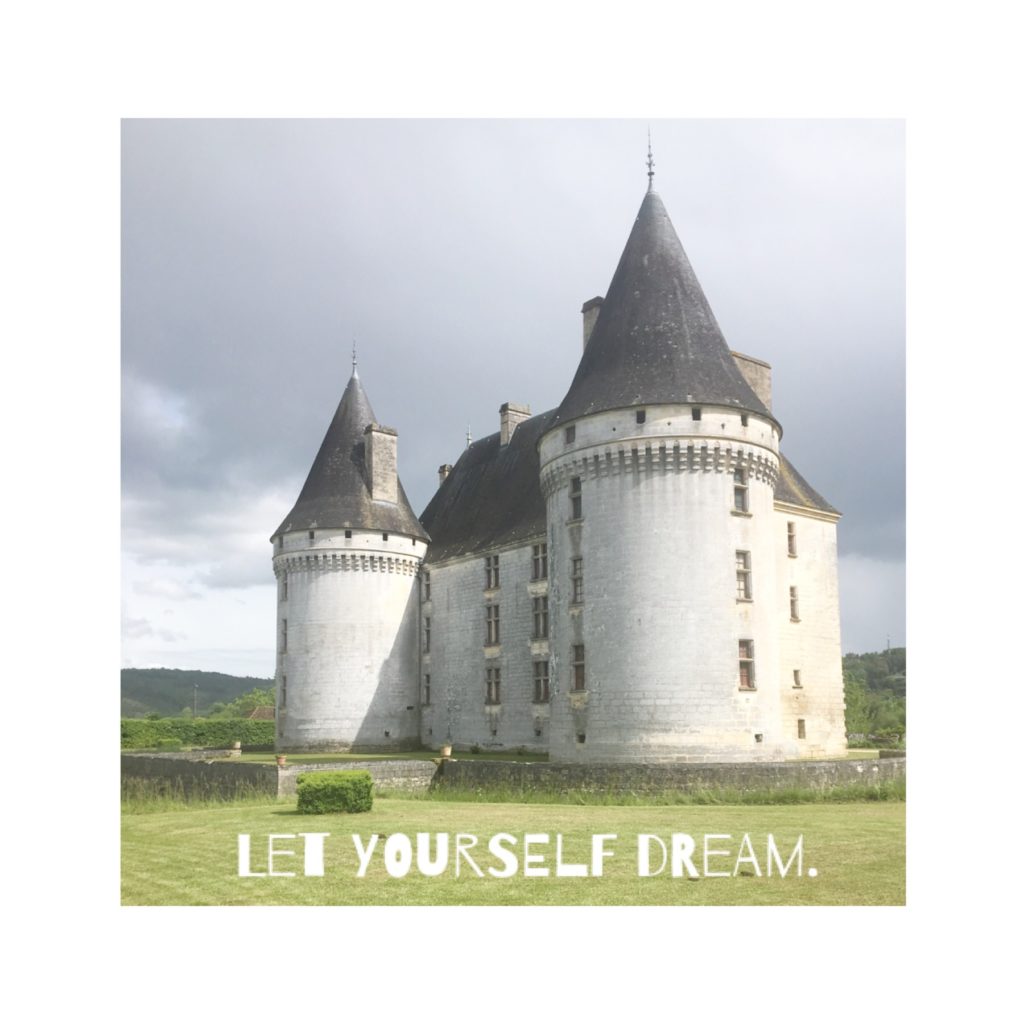 We packed a market fresh picnic of fruit, goat cheese, and a baguette, along with a chilled bottle of Les Cordeliers from Saint-Emillion and set out on our way, kids buckled up in the backseat, ready to sightsee the countryside.  Ellie had been promised a picnic and a princess sighting and we were determined to not disappoint. Upon arriving to Antonne, to the Château les Bories, my heart sank. The grounds were deserted. I immediately spotted a sign that said “Fermé le Dimanche,” or closed Sunday. And of course, it was a Sunday. The next thing I noticed were signs that read “private property.”  It was one of those parenting moments that felt like sinking sand: promises had been made, children were excited, and the horizon looked disappointing.  The place was empty, aside from one car, clearly positioned on the inside of the moat where one would park a car that owned the place. The Château les Bories, was a 15th-century castle with fortified towers and a majestic moat, overlooked the river Isle, and was breathtakingly beautiful. I saw before me the perfect picnic spot, and I panicked knowing that we could not stay. At that same moment, a man exited the castle and approached our car. Panicking internally, I made a split-second decision as to what to say to the man, and settled on an apology for trespassing, and knew that we would have to leave.

But we didn’t have to leave.

My heart was pounding as I expected reprimand for trespassing, but the owner of the castle surprised me saying: “Vous êtes les bienvenues,” or, in essence, “make yourself at home.” He apologized for needing to leave, admitting that he would have loved to have given us a private tour of the inside and famous monumental staircase, but mentioned that he needed to leave. Little did we know that he was on his way to fetch his daughter from her friends’ house. It turns out that his daughter was Fréderique, the little girl who had helped me Google castles earlier that morning but hadn’t bothered to mention that she actually lived in one of the options.

We spent the next two hours picnicking on the expansive castle grounds as a family, feeling like the world was our oyster and dreaming about what we wanted in life. The rain that came didn’t even disrupt our picnic, so delighted in our good fortune that nothing could diminish the adventure we were having. It was a dream of an afternoon that opened my heart to dreaming more dreams. 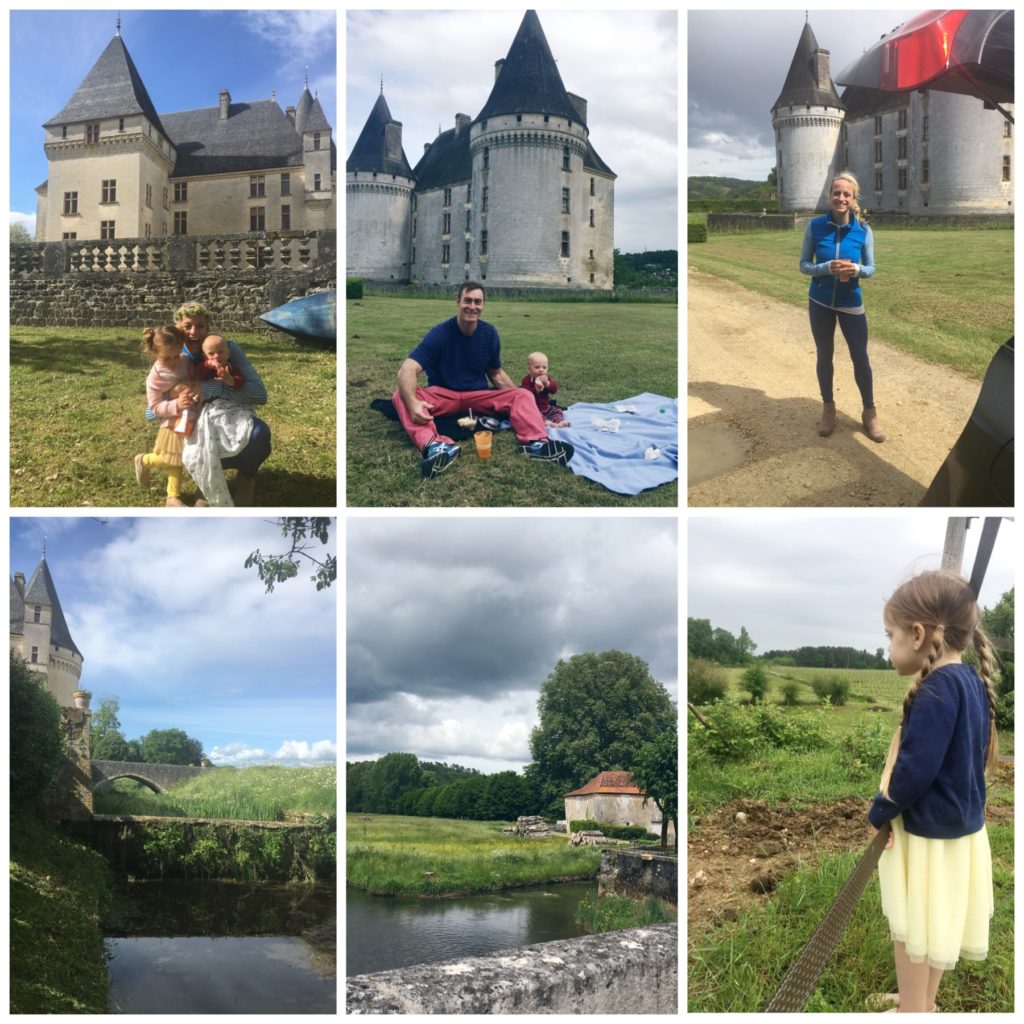 I couldn’t contain myself when I saw my friend Stéphanie, the friend with whom we were staying and shared with her what had happened for us at the Château les Bories. She, who had not been part of my morning Googling, was surprised that we had gone to Antonne, letting us know that the château belonged to her friends. In fact, we had actually unknowingly swapped places with her friends – her friends had come to fetch their daughter from her house, and we had left her house to go visit her friends’ château. The irony of the scenario highlighted one of the things I love most about traveling: the more you travel, the more you realize how big the world is, and yet, the more you travel, the more you realize how small it actually is and connected we really are.

Generosity is hard to forget. The openness and warmth we received at Château les Bories was soul moving; the unmerited and unexpected welcome still makes my heart tingle. And, when I think of this serendipitous day my joy will swell being reminded of the kind and generous people who blanket the world. The Château les Bories opened newness within me. A childlike innocence in my belief system was refreshed and I found myself spending my following days subconsciously rolling through was I wanted to really believe was possible in life. In a world where unexpected generosity abounds, where real people live in castles and where a day can really feel like a dream, it makes you wonder what kind of world we really have before us. 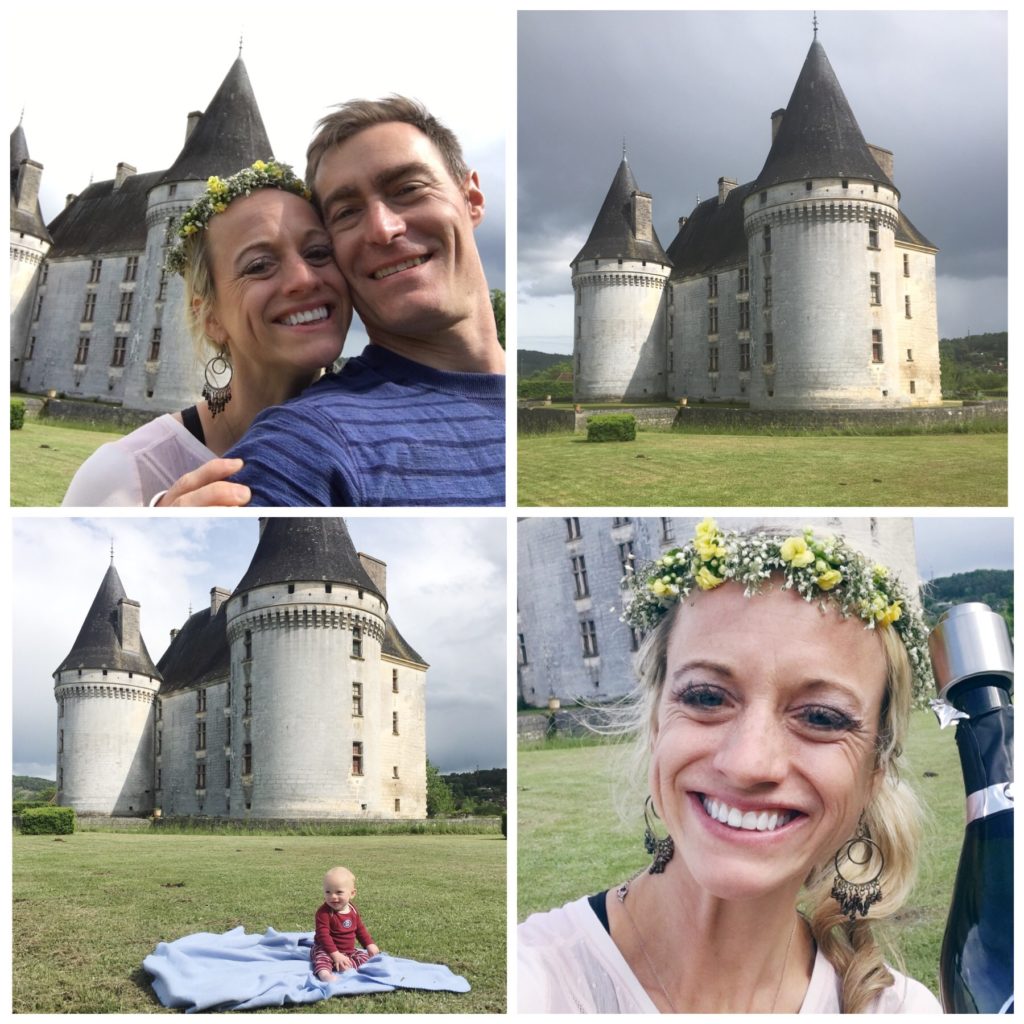 And so, I ask you in the same way I ask myself: what are you believing is possible in life?

What is your fairytale that might actually be waiting for you if you only were to give yourself permission to believe the it could exist, and more specifically, that it could exist for you? What has God planted in your heart to bloom in this world that you need to start watering with faith and with action?  What if God really is for you, has plans for you and will walk alongside you every step of the way? What if your ability to dream is actually part of your gift from God? What would you do if you knew it could be possible, even if it were that thing that feels as far off and unattainable as a classic fairytale?

If you are ready to take your belief and your thoughts about what is possible for you to the next level, if you want to activate the beginnings of the making of your own fairytale, then it’s time to get serious about how you think. Don’t go it alone. I am here to help to rewire your thoughts, to challenge what you think is possible for your life and to help you activate your dreams in wildly tangible ways.  It starts with how you think and what you choose to believe is possible – let’s start the magic of making a fairytale come true now, let’s connect and coach; more on that below if you are ready to activate your dream in a way you never have before.

In proper tune with all fairytales, the ending of this magical afternoon did not disappoint.  We left the Château les Bories once we had our fill of peaceful picnicking to head back to Périgueux to meet up with friends for the evening.  As the sun waned in the sky, we found ourselves surrounded by a table of friends for a dinner that can only be described as epic. Food flowed and laughter spilled over from the kitchen table through the kitchen and onto the patio, the overhanging trees hugging us from above. Celebrating life and love, bottles of Burgundy were trumpeted, then opened and emptied. A few of the bottles were valuable more than my current car; each sip was pure luxury, a proper royal touch to my already majestic day. I may never be able to afford to drink a similar bottle again, but I don’t know if I need to, as the memory of the magic and the laughter shared around it will carry me to always believe that fairytales – love, joy and life – really do come true. 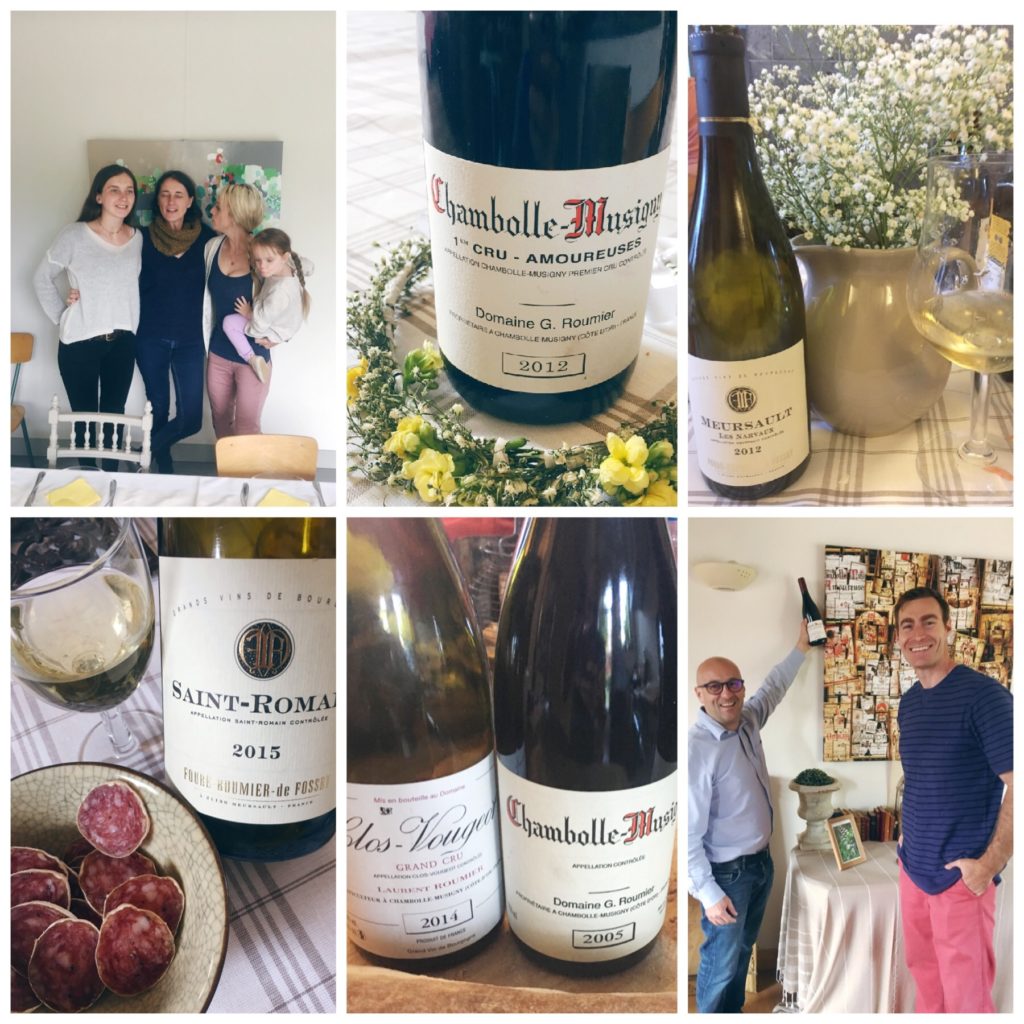 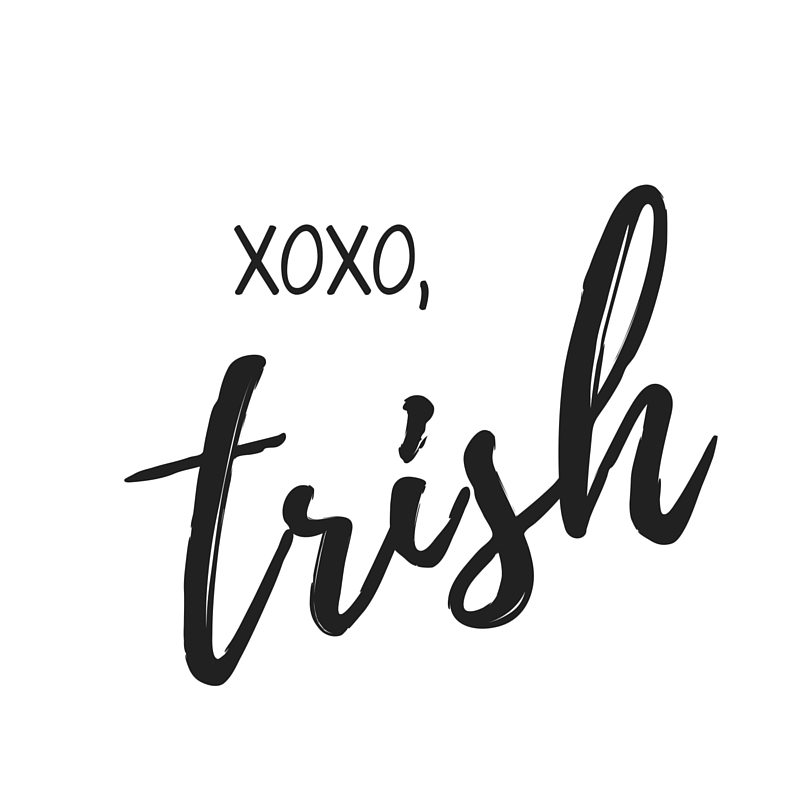 PS: So, you’re ready for the next level of belief, action and activation in your life? You’re ready to amp up your confidence and courage so that you can pursue your dreams with unwavering enthusiasm? I’d love to be your coach. I have a variety of coaching options (ranging from $47/month to $1250/month) to fit the needs of all of my go-getters ready to get to their awaiting castle. Email me directly at trish (@) trishblackwell (.) com to discuss your goals, your dreams and how I can best help. Dream big and give yourself permission to believe in fairytales in the same way you did when you were little. You won’t be disappointed.