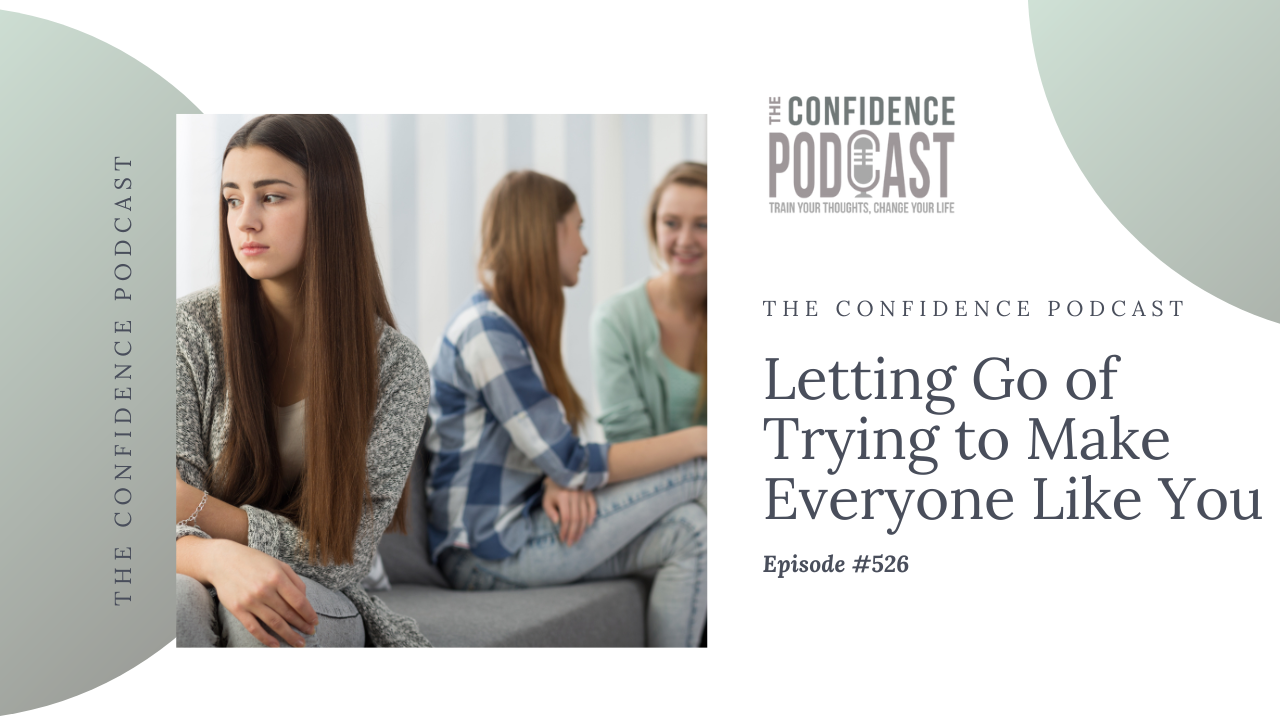 LETTING GO OF TRYING TO MAKE EVERYONE LIKE YOU

Wanting to make everyone like you could be standing in the way of reaching your fullest potential. Being accepted and respected by others can create an empowering sense of validation – but at what cost? It’s time to recognize that trying to make everyone like you can become counterproductive when not managed properly; it takes away our power and essential self-focus required for success.  In this podcast, we’ll talk about how letting go of striving for popularity will benefit not only your peace of mind but also help create stronger relationships with those around you.

In this episode of The Confidence Podcast, we’re coaching on: 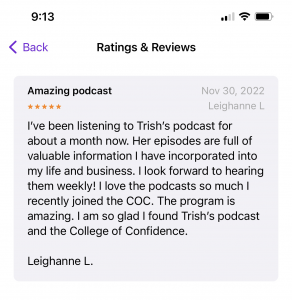 “The courage to be happy also includes the courage to be disliked. When you have gained that courage, your interpersonal relationships will all at once change into things of lightness.”Ichiro Kishimi and Fumitake Koga

Some people will like you, some won’t. There’s no way around that.

And when I find out that someone doesn’t like peppermint, my brain can’t wrap its head around the concept.

I don’t like potatoes. Like, at all. Not a healthy thing, just a taste thing. I’ll never be tempted by french fries and especially not by mashed potatoes.

How often do you think about them? Is your dislike negative or is it neutral?

Does it really mean that you don’t like the person, or that you don’t enjoy them as much as some other people?  Take note of how little importance your thoughts and feelings about someone really has on your life – and use this to encourage ourself.

Your brain will want to be liked by others. This is our primitive brain on super-charge. It wants to be part of the crowd – and it thinks that being excluded creates a compromise to survival. Then it did, now it doesn’t.

Stop indulging in the made-up stories in your mind.

Stop pretending to be someone that you’re not

Stop replaying every conversation and circumstance

“The reason that so many people don’t really feel happy while they’re building up their success in the eyes of society is that they are living in competition.” -Ichiro Kishimi and Fumitake Koga

-Popularity is not a competition.

UNDERSTAND WHY WE OVER-ATTACH TO CARING IF PEOPLE LIKE YOU

We make it mean more than it does.

We never learn how to accept ourselves when we depend on it from others.

We become like a ragdoll to their whims – and get addicted to the drama of it.

We haven’t reassured ourselves that we are safe and okay

We allow the perceived “rejection” of someone not liking us create strong negative emotions that feel over-powering … we get defensive, we get critical, we get jealous, we get obsessed with people pleasing

UNDERSTAND WHAT IT MEANS IF SOMEONE DOESN’T LIKE YOU

-It doesn’t mean anything.

-They simply don’t think about you.

-Does it matter if they like you? Why? Why not?

(if it’s a professor, I would argue that it still doesn’t matter.

UNDERSTAND THAT YOU ALREADY KNOW WHAT TO DO

Identify a time when you haven’t cared what someone thought about you.

-The other soccer team you played against

-The opinion of your mom when she disagreed with your style

-The mean kids who were mean to everyone

-The students you competed against with grades

Practice having the courage to be disliked.

“I am in my lane of life – if someone doesn’t like my lane, they can switch lanes.”

“They probably don’t think about me – or have an opinion – I’m just neutral and that’s ok.”

RESOURCES TO CONTINUE THE CONVO

My free masterclass: How to Stop Caring What People Think

Episode #516: Being Different From Others

Episode #477: The Courage to Be Disliked

Hi Trish! I hope you are well. I listen to you here in the UK and your light shines all the way across the Atlantic. It feels like every time I listen to your new podcast episode you have been reading my mind and it relates to my struggles. I had been through a difficult time with menopause and had last all direction but with your podcast and by using a therapist, I have come out of th4 other side and started a menopause business. 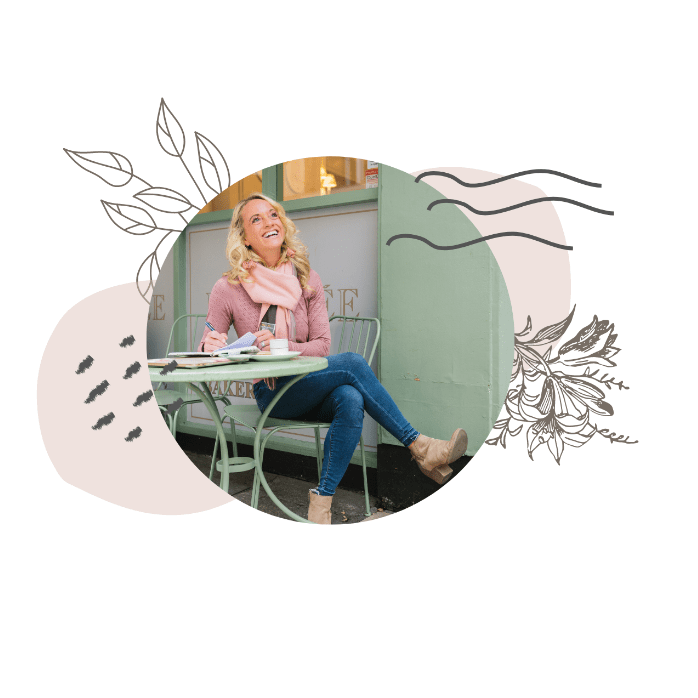 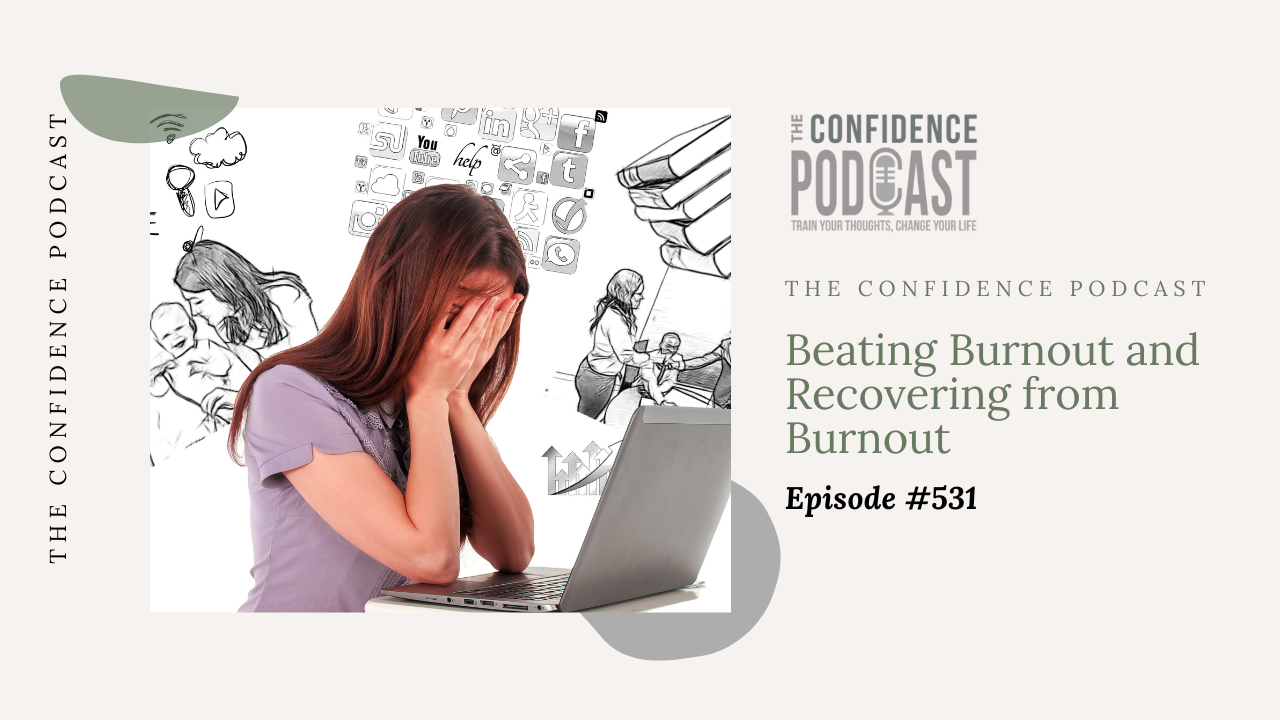 531: Beating Burnout and Recovering from Burnout

Are you an ambitious, driven high achiever? Do you strive for the most challenging goals and take on the heaviest burdens to achieve success? If so, chances are that you’re familiar with burnout. As hardworking people sometimes we go too far – overloading ourselves with tasks until our performance deteriorates or even collapses altogether. But it doesn’t have to be like this – there are strategies and techniques you can use to fend off burnout before it overwhelms you. In this podcast episode, I’ll share some easy-to-apply advice on how to beat burnout as a high achiever. Get the full show notes at www.trishblackwell.com/531 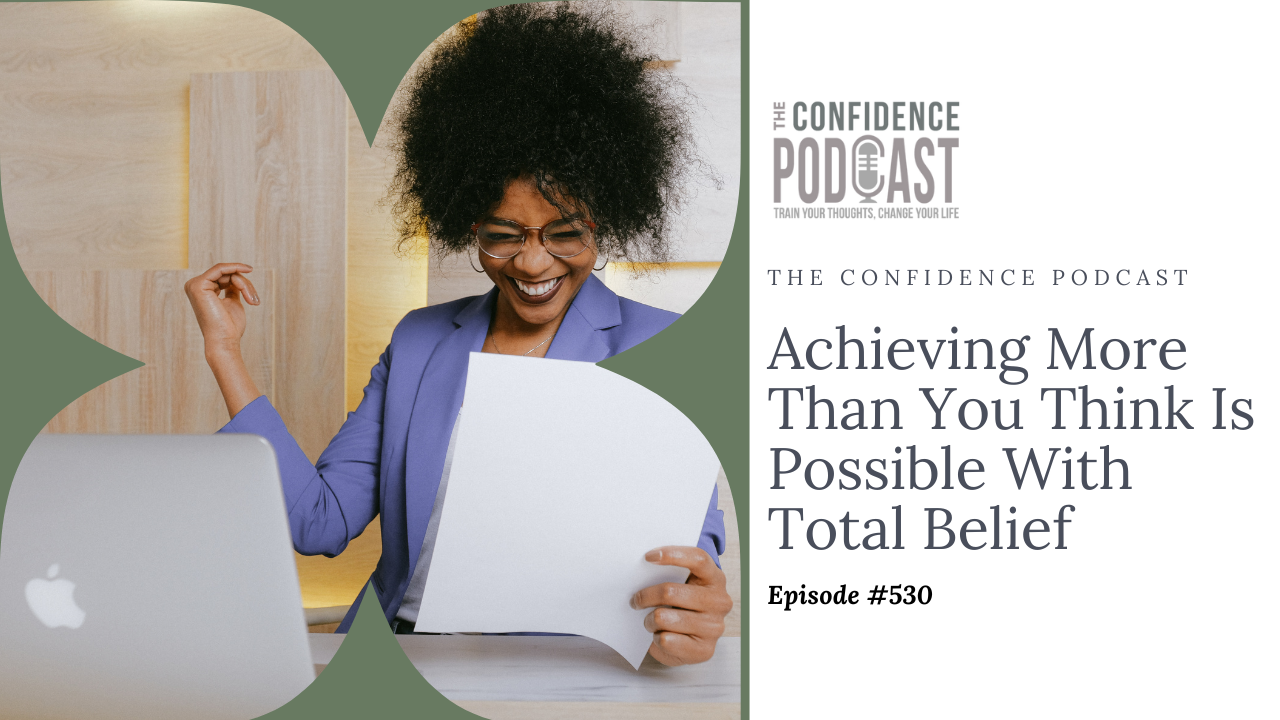 530: Achieving More Than You Think Is Possible With Total Belief

In this episode of The Confidence Podcast, we’re doing some live coaching on how to believe in the highest vision you have for yourself – and then how to stretch beyond that even just a little bit further. If you want to do big things with your life – this episode is for you! You’ll learn how to achieve more than you think is possible, and how to stay in a place of belief in yourself as you push yourself to new heights. Get the full show notes at www.trishblackwell.com/530 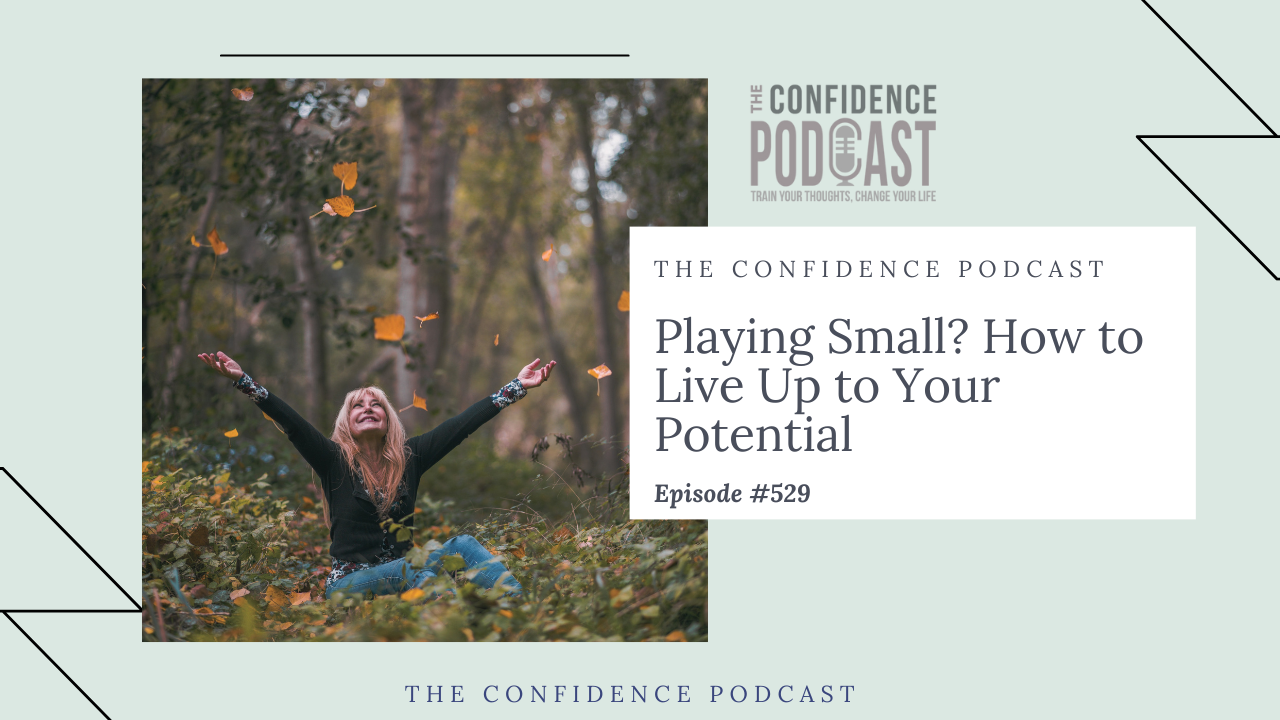 529: Playing Small? How to Live Up to Your Potential

You have greatness inside of you, but are you sharing it fully with the world? Are you experiencing a great life or just a good one? This episode dives into helping you know if you’re playing small or wasting any of your talent … and if you are, what to do about it. Learn how to live up to your fullest potential with this coaching and the power thoughts that will equip you with the courage to live a bigger life. Get the full show notes at www.trishblackwell.com/529

Jut a simple little reminder of some proactive way

Start your week off right with these.🙌🏻 Don

You may not know this about me, but anxiety has be

Confidence is a skill that we can strengthen when