This week on The Confidence Podcast we’re getting vulnerable. We’ll be talking about something often considered taboo and shameful, and my prayer is that by opening dialogue, it will remove the stigma and help set you free to pursue healing and hope, if not just for you, for someone you know. This week we talk about how to stop binge eating.

I recently went through a lot of changes in life – a new job and a new city of residence. During that time, I lost a lot of myself and my relationship with God started to lack. I started listening to Trish and not only does she help me find parts of myself to fall in love with again, but also she reminds me to love God and his ever-watching eyes of grace. Thank you, Trish. Most of all, thank you for not being afraid to be honest and real about the struggle in life, especially not being afraid to remind everyone of God’s greatness.

HIGH ACHIEVER: WHAT IS IT AND HOW DOES IT RELATE ON HOW TO STOP BINGE EATING?

Perfectionist, type-A, go-getter, someone striving, wants to be seen, eager to please, on-the-go, focused and disciplined. It’s no wonder we fall into binge eating and want to know how to stop binge eating.

For me, I wanted to stand out, be exceptional – be worth being loved and seen. I was convince that I was forgettable – but wanted to be remembered and for me, as an athlete, being stand out meant that my body had to be stand out. I was the little girl with ab muscles that popped through her Speedo one-piece when she was 8-years-old; I got a lot of comments on that. If I wasn’t her, then who was I?

EXCEPRT FROM MY NEWEST BOOK (IN PROGRESS)

It started with a comment from a friend. We were ten-years-old at our neighborhood pool. I was wearing my Speedo one-piece and she and her gorgeous twin sister donned skimpy string bikinis that I would never have been allowed to wear. Every boy in Lake of the Woods wanted to date those twins, I was happy to be friends with them to get cool points by association.

She didn’t mean to hurt me. But her words stung my heart in a way that burned deeply into my identity for over a decade later.

“Your brother is so hot,” she started. “You look nothing like him. Are you sure you have the same parents?”

Laughs were had. I waited desperately for the whistle to blow, the lifeguard being my salvation to escape underwater into the pool. I remember diving in, trying to run away from the shame. Everyone wanted to see and be seen with my brother. And, if according to her words, I truly was nothing like him, that meant that I wasn’t worth looking at.

I was embarrassed of myself and how I looked.

There wasn’t anything I could inherently point to either – my body was athletic, ripped actually for a little girl, and I was well-liked for being a good swimmer. But being liked for what I could do felt very different than being liked for who I was or how I looked.

In high school and college, I convinced myself that I was forgettable. Sure, my teammates, classmates, and friends knew who I was, but in general? I felt like I looked so average that I was easily confused with other people.

Since no one could see me, there was only one way to stand out: by doing everything in a way that I would be seen.

Perhaps you are like me. I believed I had value for what I could do, not necessarily for who I was. I desperately craved to matter, but how could I matter if I couldn’t be seen or if I was merely average and forgettable?

Before you ever believe that God sees you, you first have to experience being seen – for who you really are, not for what you do – by a human. This sounds basic and obvious, but most of us live such busy, achievement-focused lives that we connect being seen with what we do. But being seen for what you do isn’t very impressive, it’s rather dull and expected. In a world that celebrates attention and fame, it’s easy to understand how we got it wrong and believed the same. If we only feel seen for what we do – for how we look, what we achieve or who we know – then we aren’t really seen for who we are at our core.

It is what is on the inside that matters the most. God looks at the heart, and if you were to do a worldwide poll – outside of social media – people would report feeling most connected to and influenced by people because of who they were on the inside, not the outside.

Before I met Denise there were countless people who saw me for me. I didn’t know it though. I was too distracted performing and achieving, and so I misinterpreted their acceptance and love. It happened that the more I excelled, the more well-loved I felt, and so I developed a deep need for status, success and being impressive. I wanted to stand out; I wanted to be seen.

I’ll never forget the first ten minutes of my first therapy appointment. Denise sat across from me silently. She was waiting for me to finish. She had asked me who I was, and I spent five minutes listing out the things I did.

Allowing silence to fill the room, she said: I didn’t ask you what you do. I asked you who you are.

I was confused. She went deeper though and without hesitation.

I am not impressed by what you do. I am eager to learn who you are – that’s what matters. I work with a lot of people who do a lot of impressive things, but you need to know that those things don’t even stir me.

That was it. Denise called me out and called me up. She was the first person who challenged me to see myself differently. I had never thought that way before.  My whole life was an effort to do things well enough that I would be seen or noticed.

Before we were formed, God knew us. He had planned for us, and waited for the perfect timing to give us breathe. He loved us before we even existed and were capable of doing anything – because He loves us for who He made us to be, not what we do. He gave you an assignment and our free will leaves the activation of that calling up to us. His love for us is detached from how we show up for our assignment – there is nothing we can do to make Him love us more, and nothing we can do to make Him love us less.

In fact, God’s not impressed with you. You have however made an impression on His heart, and that’s a distinct difference. How could He be impressed with you simply giving back to the world what He first placed in you?

When we are faithful to the assignment divinely placed in us, we don’t earn more love, but we will experience more peace. (Isaiah 26:3)

Peace is what I felt as I continued to meet with Denise. In her presence I knew she wouldn’t care what I had accomplished that week, how much revenue my business had brought in or how brilliant or void my writing had been. She detached my value from those things and she leaned in to listen closer to the ponderings of my heart – to the part of me that makes me really me.

This is me leaning into you.

You can let your guard down. I don’t really care where you came from, who you know or what you can list out that qualifies you to be someone of importance – because you are important separate from all of those things.

And I’m not sure if you have ever considered this, but you know the most powerful being in the universe. God, the king of everything, is your friend – and He loves you so much that He calls you His child.

FIRST, A LITTLE ON MY STORY WITH BINGE EATING

It affects individuals of all ages, genders, races and ethnicities; an estimated 60% of cases occur among women. Binge eating disorder affects 3.5% of women, 2% of men and 1.6% of adolescents in the United States. So it is no wonder that so many of us wonder how to stop binge eating.

WHAT IS BINGE EATING:

Frequently consuming unusually large amounts of food in one sitting and feeling that eating behavior is out of control.

Binge eating disorder (BED) is a severe, life-threatening, and treatable eating disorder characterized by recurrent episodes of eating large quantities of food (often very quickly and to the point of discomfort); a feeling of a loss of control during the binge; experiencing shame, distress or guilt afterwards; and not regularly using unhealthy compensatory measures (e.g., purging) to counter the binge eating. It is the most common eating disorder in the United States.

What is defined officially as a binge?

Even the diagnostic manual that helps clinicians treat eating disorders previously defined binge eating as eating an amount of food that is “definitely larger than most people would eat (APA, 2000).” The more current revisions to this manual (DSM-5) define a binge as eating an “abnormally large” amount of food

Binge eating in high achievers is not about lack of self-discipline.

It is not about willpower.

It is not fixed with a diet or intermittent fasting.

Often food becomes an escape, a drug, a numbing mechanism.

There’s a world of expectations that become too much.

There’s a need for an excuse – a safety net for failure.

Ultimately, it’s an indication that something needs to change; something is terribly off-kilter.

When we binge we give up on ourselves, we give in on being defeated, we throw a pity party and go all-in. We feel sorry for our pain and struggle and we prove to ourselves that we are the mess that we thought we were. It’s self-perpetuating self-pity and self-defeat.

Get more sleep. Do more that brings you joy. Take the pressure off yourself. Free yourself from the moralization of food. Surround yourself with others. Be vulnerable. Remember that you are brave and capable of doing hard things – and even of facing hard emotional situations and fears.

HOW TO STOP BINGE EATING

If you’re a faith-based person, then an additional approach to consider is to:

Another note: self-pressure and self-punishment will keep you stuck in a cycle.

Self-compassion is the first step in your heart to find peace and healing.

The Best Worship Songs to Encourage Your Heart:

The College of Confidence

LISTENER OF THE WEEK:

Hi Trish, I’ve been listening to your podcast for a few months now, and I can definitely say I’ve been moved to tears multiple times. I listen to while on my commute to and from my very adrenaline drive job as an ER nurse … listening to your words most definitely resets my mindset and sets me up to be much more successful in my thought process throughout my day. I find myself talking to God more, which is so healing ofr me as. I had been silent before. I thank you for that. I can relate to you in how I was sexually abused too. It’s somethign I don’t want to be a victim over anymore, but I don’t think I’ve processed it all the way due to the shame of talking about it. God bless you. 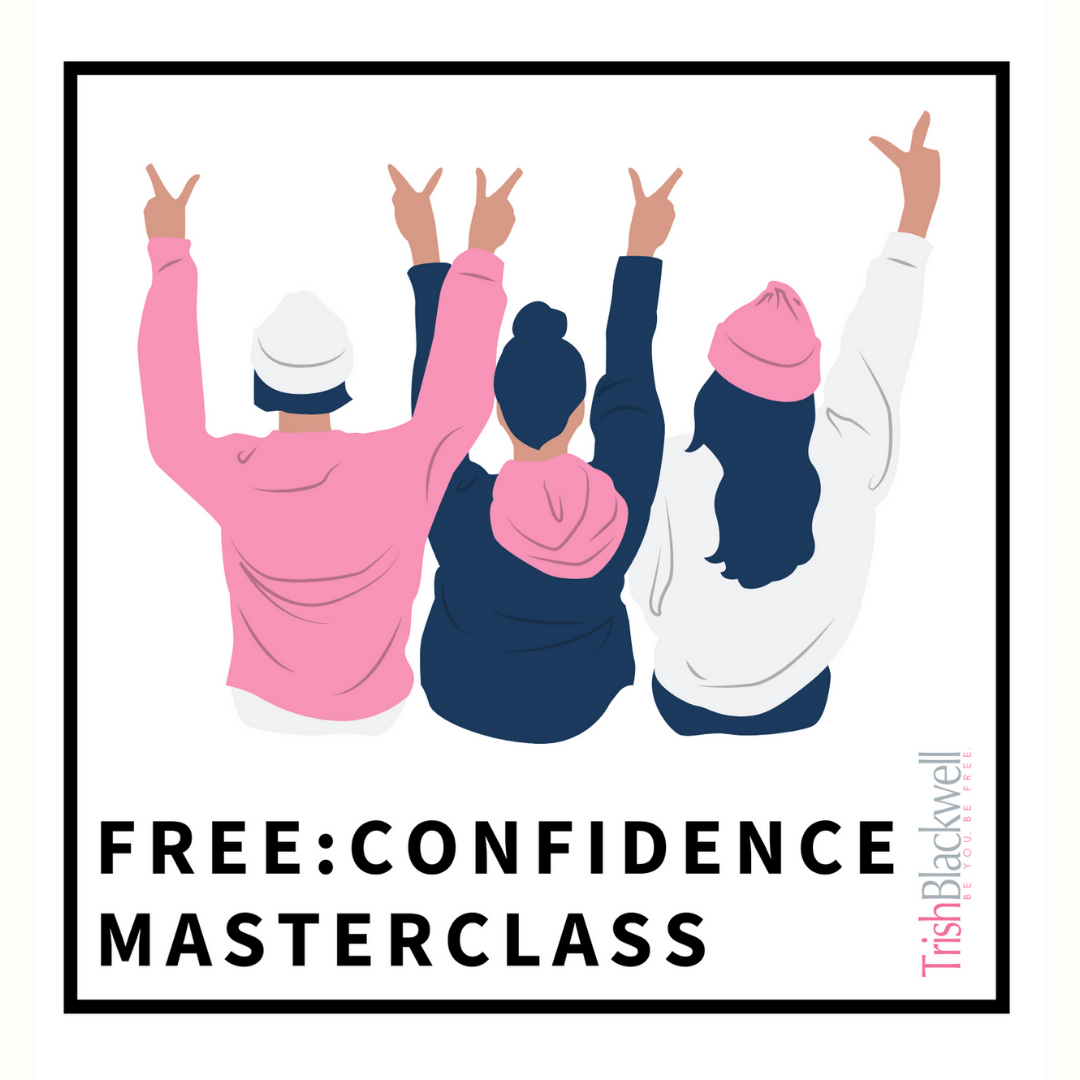 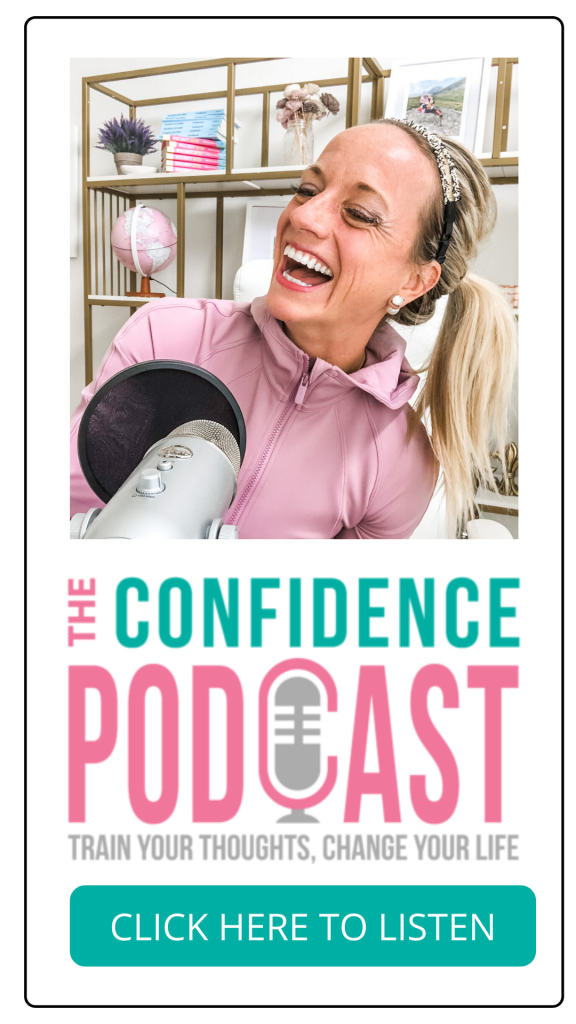 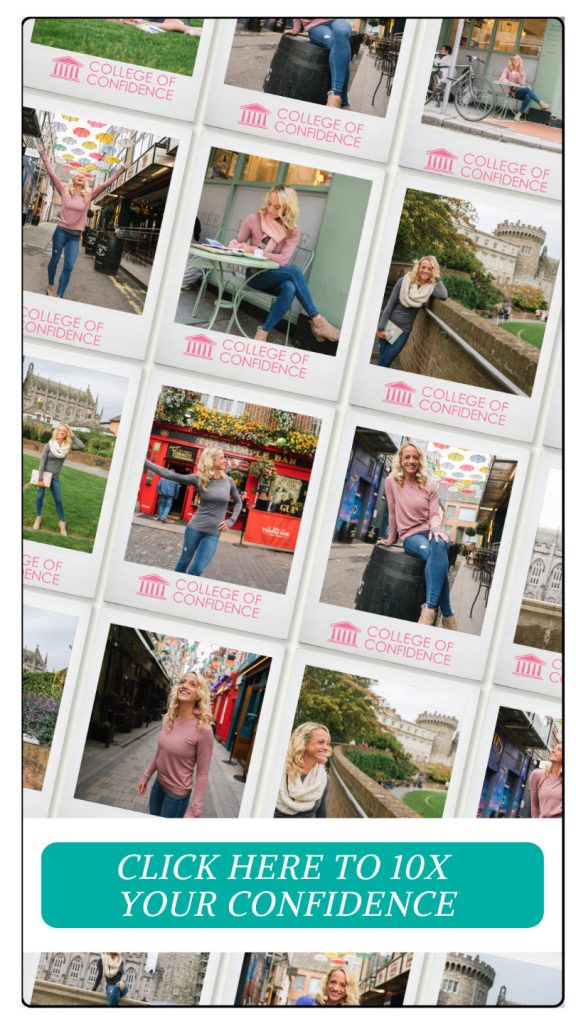 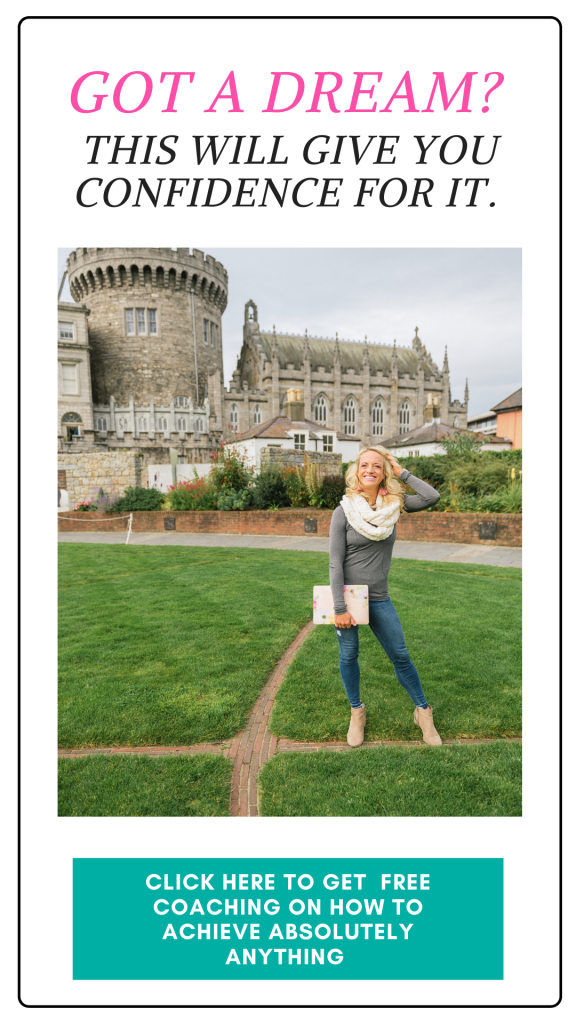